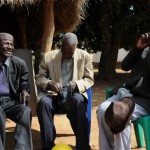 Dotted across Zambia’s vast landscape, tall telecommunication towers stand sporadically spaced among lush fields of maize and tree tops. Proud indicators that Zambia is developing fast, they mark a transition by major network operators to venture further out of large towns and into rural areas. But not far enough – in many places the towers are a mere pipe-dream, with the current structures providing sporadic network coverage, leaving much of the rural population in digital darkness.

As Connect Africa reported recently, many telecommunication network operators are not willing to take the risk and venture further into rural areas. The cost of taking technology off the beaten track is just too high. So, on February 20th, in a seminar room at the Southern Sun Hotel in Lusaka, the tables were turned on traditional technology and a pioneering new solution was presented – a small box about 30 centimeters tall and wide.

Genie in a box

During the seminar, stakeholders shed further light on what the CALL initiative is, and who’s behind it. Out in the rural areas, particularly in Zambia’s Central Province, people are familiar with the sight of the Connect Africa Land Rover bouncing over dirt tracks as the team carry out surveys and ask questions. But the CALL team is bigger than that.

Partners include Dr Vanu Bose, CEO of cutting edge technology company Vanu Inc, who is also UN Broadband Commissioner and joined the seminar via internet link to deliver his key note address from Boston. “We focus on creating solutions for places that don’t have good cellular coverage,” he said. “We work on ships, in tunnels, and especially in rural areas throughout the world – in India, Africa and the United States” he added, explaining the scope of work Vanu brings to the CALL team.

“One of the things we’ve learned is that – from Texas to Alaska – the only difference in providing rural coverage is the temperature, and that’s something we focus on.” The technology solution Vanu proposes is the CompactRAN, a small, water resistant box which can withstand extreme temperatures.

Laurence Balls, Sales Director at Vanu, elaborated that the solution is low cost, low maintenance and can be replaced by “macro” versions if the population grows and demand increases. “In rural areas technology has got to be ruthlessly engineered for low-power – less solar power, less batteries, everything lasts longer,” he added. “It takes less power than a light bulb.

“The solution is a fully compliant base station but it runs on about 40 watts,” he said. “CRAN tears up the planning rules.” The fact that no network in particular is affiliated with the technology also means that all operators can use it for maximum penetration into rural areas, as Connect Africa has demonstrated during successful operability tests.

“I would like to commend the commitment by the national regulator ZICTA,” he said. “If this initiative is taken up then Zambia will be a pioneering model for Africa. The requirement for deployment in rural areas is not that you come with the technology and a smiley face, but that you have a strong local partner with high ethical values to make the deployment viable. CALL is our strong local partner,” he added.

Local is what Connect Africa is about, said Managing Director Dion Jerling. “Our key focus is delivering multiple services to rural areas. It’s not just about providing a tower or coverage; we’re offering an in-depth solution and adding value. We establish an internet service which becomes a hub to provide other services – health, government, agriculture – for the community.”

Adding value to the community

Ian McFaden, Chairman and principle investor in Connect Africa, who led the closing remarks, added: “We are community minded people – we want to develop the prospects of poor people across Africa,” he said.

But as they say, the proof is in the pudding. Quietly seated in the audience was another partner in the CALL initiative – Francis Jere. Owner of a small rural business which deals in car parts, he later explained that since Connect Africa introduced him to mobile money, a money transfer system which allows the dealer to make a profit on transactions, business is growing fast.

“My customer base has increased and my sales have sky rocketed by about 50 percent,” he said. “When people come to make deposits or withdrawals from mobile money, they buy other things from me. I am now able to employ other people,” he added. Having telecommunication technology is one thing – using it to add value is another.